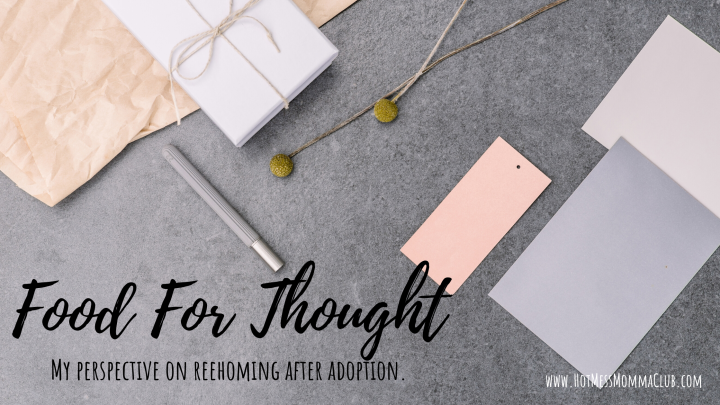 I have been approached about this story several times. I don’t think people seek me out to get my input because I am some wise know it all that would offer some valuable insight. I think the reason this story has been brought to my attention over 7 times now is because the story is very similar to my own. I am talking about the YouTube family, The Stauffers. In case you haven’t heard of the story, I would encourage you to Google them and pick any news source you trust to read up on their story and why they have recently found themselves in the headlines.

I actually came across the news myself from the Today’s Show facebook page a little over a month ago. Initially, the headlines read something along the lines of “YouTube Family Rehomes Son”. I was familiar with the Stauffer’s as I had followed their journey on YouTube. I was, and still am, a subscriber of their channel though I’ll admit, I have recently gotten wrapped up in TikTok and haven’t watched a YouTube video in a while so I wasn’t really up to date on the Stuaffer’s life.

I’ll be honest, before we adopted Q, I could totally see myself thinking some of those same negative thoughts and passing that same kind of judgement. But now, now that I am in a place very similar to where Myka Stauffer was, I have a totally different view and I really want to give you a little food for thought. Here are my thoughts…

I want to make it clear that I am not defending the Stauffer’s decison. Personally, it isn’t the decision I would have made. My point is just to remind everyone that before you type your hate comments and bash decisions that people make, try to look at all sides before passing judgement. You don’t have to agree. You also don’t have to comment.

2 thoughts on “Food For Thought”