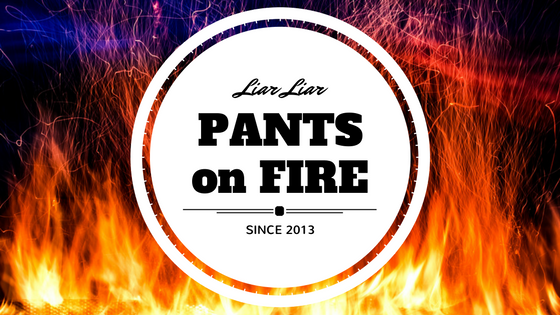 “Santa Claus is watching you” Obviously Santa isn’t watching him because Santa already bought his presents off the Target clearance rack and those darn toys aren’t going to waste.

“I’ll turn this car around” No I won turn the car around because we are over halfway there and gas ain’t cheap.

“We’ll just stay home” We won’t stay home, we will go stir crazy if we do.

“Yes Buddy I’m watching you”  I can’t watch QMonster do the same “trick” on trampoline 600 times-I have to finish my crossword puzzle.

“Oh wow that is so cool”  No, watching him blow snot bubbles out of his nose isn’t cool.

“That’s not the Popsicle truck music. That was the TV.”  I really just don’t feel like getting up, digging through my trash dump of a purse for $5, & chasing down 500 calories.

“You ate all of the Reese’s Cups. Find a different snack” I ate them. JHub ate them.

“The store was all out of bananas” I don’t really know if they were or not because I completely forgot to put them on my shopping list.

“Donald’s House is closed today buddy. So is the Chick-fil-a” We’ve had Micky D’s 3 times already this week, I need variety but not chick-fil-a because there is a germ filled play room there.

“Those are Daddy’s juice” They’re called sodas. They are GOOD. SO GOOD. But kiddos don’t need them.

Those are the lies, plus many more, that I regularly tell QMonster.

See I am a liar. I am also a mom. Moms know 1 thing: SURVIVAL and by gosh telling these innocent little white lies are the KEY to survival.