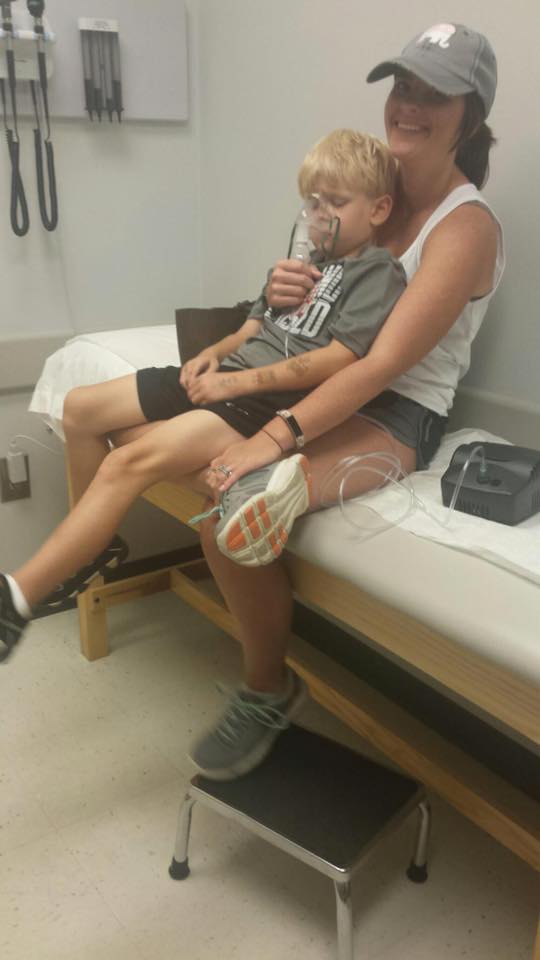 A few weeks ago, J-Hub mentioned he wanted to take a weekend trip to Atlanta to play darts…Not to be outdone, I invited myself, QMonster, and my mom & we tagged along for the trip! I had this great idea that we would go to the aquarium, Six Flags, and the zoo all in one weekend. Jimmy would play darts, we would see the fun attractions and everyone would just have a fun weekend….Clearly I am living in a fantasy world!

Friday afternoon, Q and I dropped the fur child off at the puppy hotel and went to pick up Nonie (My mom) and headed to ATL (J-Hub was already in ATL for work so we just met him over there)…Q was restless and whiny the entire drive over there and I think I threatened to turn around and go home 350 times before we actually got there! I also had the bright idea to teach Q how to ask an 18-wheeler to honk his horn…well that was cool except when they didn’t honk it was somehow my fault for driving to fast and the truck driver not seeing him.

Day 1 was the aquarium, it was AWESOME. AC, lots of things to see, serving adult beverages, a few sit down shows, etc. All in all it was worth the finger and left arm we had to give to get in. Nothing overly exciting happened at the aquarium, it was low key on the HMM scale. We did eat at a fun tex-mex place that served some cold beer and awesome margaritas. We went to the hotel after dinner and Jimmy threw darts while we ordered room service dessert. Chocolate Lava Cake was a hit with Q (and me & Nonie too). In the middle of the night, Q started coughing on and off and that’s when I realized Q had invited his asthma on vacation with us! 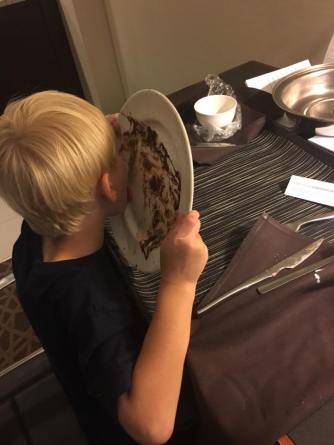 Day 2 we wake up after a sh!tty night’s sleep (thanks to Q’s coughing) and realize that I am a terrible packer and didn’t pack all of Q’s asthma medications so I call the pediatrician to get them to call it in to the local pharmacy…that was a disaster so we loaded up and went to the local “doc in the box” for a quick breathing treatment and a few ‘scripts. I am sure the doc was like WTF because when he walked in the tiny exam room he found Q pushing the rolling stool around the cramped room, me sitting on the exam table, my mom sitting in the extra chair, and Jimmy standing the sink. It was cramped and we were all getting a little claustrophobic…obviously they rushed to get us in and out. After we got the ‘scripts we headed across the street to my mecca/my home away from home TARGET to get them filled…another disaster…the pharmacy had 1 worker and boy was she working hard, the insurance didn’t want to cover the inhaler because it hadn’t been a month since I got the last one filled, etc…literally we were in Target for an hour which normally I wouldn’t complain about but hanging out at the pharmacy counter isn’t quite my idea of fun & we were all ready to get to SIX FLAGS! 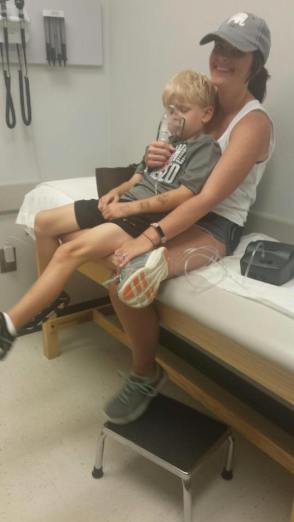 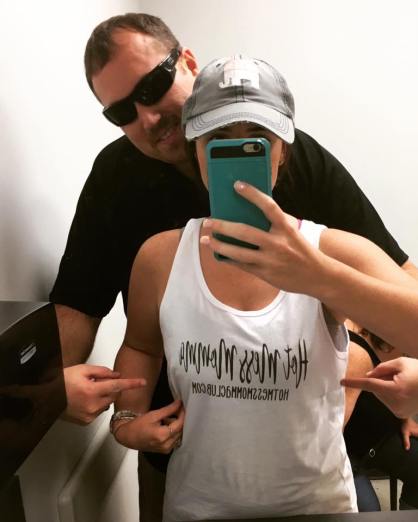 Finally, the doctor/pharmacy fiasco is taken care of and the 4 of us headed to Six Flags. Y’all it was hotter than he11 and the crowd was impressive. I really thought it would be empty thanks to it being football season in the south. I was wrong. I was wrong for thinking Six Flags would be a good idea. Q hated the lines. He was hot. He wanted me to carry him literally the entire day. He wanted to play games and of course he won a basketball so we had to tote that around. He wanted to ride a ride but then we would wait in the line for 15 minutes and he would talk himself out of it so we had to get back out of line. We didn’t stay that long. It was hot, Q wasn’t feeling his best, and we had to get Jimmy back to darts. (BTW, if you are thinking about having another child and are on the fence, just take your family to Six Flags on the hottest day of the year and let it work its birth control magic. Between the whiny kids, the million dollar price tag, and the frustration of dealing with the kid(s) you have you’ll change your mind, I promise.) Mom and I took Q to eat & we headed back to the hotel where I had a 2 hour (literally!) battle with Q about how he had to do his inhaler and then we would go swimming at the pool. Q prefers to use his nebulizer instead of his inhaler  but since I didn’t pack his nebulizer we had to work with we had. Finally after 2 hours and the sun going down, he does his inhaler and we went to the pool. Nonie and I drank some fruity adult beverages by the pool & Q swam and got all of his energy out (Which he had plenty of thanks to the steroid they give him when his asthma acts up). (It should be noted that I did remember to pack the rum & pineapple juice so maybe I am not quite that bad of a packer). We all got MUCH better sleep that night! 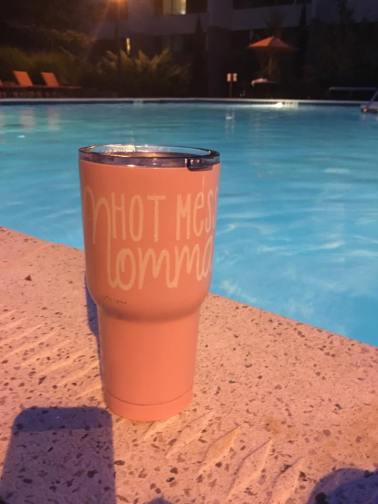 Sunday we all get up and move around like turtles. We finally all get showered, dressed, and packed. J-Hub had this great idea to do lunch at the spot mom and I had dinner at the previous night. We go along with his idea…all was fine until they give Q Monster the “buzzy square” (The little pager thing that lets you know your food is ready to be picked up) and thats when things went south….Q was PISSED and went into all out kiddo meltdown rage mode because they gave him the circle pager instead of the square pager they gave him the night before. Talk about embarrassing. Finally, after about 20-30 minutes of trying to make him happy and shove our food in our face, we get him calmed down and he ate and we left! J-Hub went in the direction of darts and the rest of us went to the zoo. At this point, I should have just skipped the zoo and went home but we prepaid for our tickets online and by gosh we were not letting those tickets go to waste! Off to the zoo! Other than being crowded & hot, the zoo was fun. The ATL zoo is much better than the B’Ham zoo! We had a good time and were there for about 2 hours before steering Q towards the exit and skipping the “kiddie zoo” mainly because I was tired of cutting off fingers to be able to afford stuff around this place, there were 600 kids and 1 playground, and I wasn’t in the mood to pretend I liked riding the train around in a circle. 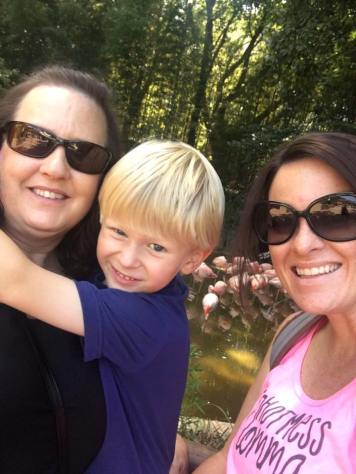 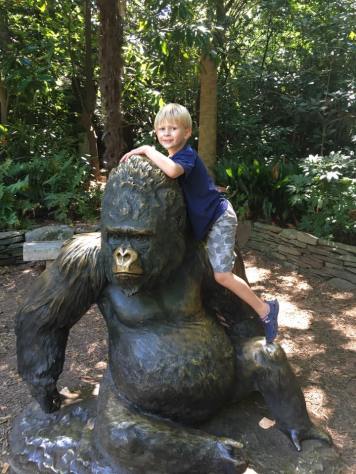 We got some junk food, scratch off tickets, and of course, chocolate milk. We headed home. The ride home was uneventful. Other than Q’s talking and singing and getting mad at us for singing the wrong lyrics to the song he literally just made up. We all made it back home. We are all exhausted & could sleep for an entire day! So basically, my grand idea of a fun filled mini getaway weekend was really just a fantasy….between the heat, the crowd, and too many events it was more frustrating than fun! Oh well, that is what memories are made of right? 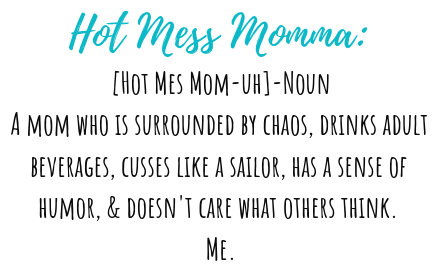